Daniel Sullivan, the President and Founder of Sullivan Solar Power, has been named a finalist for a prestigious award recognizing the top San Diego entrepreneur of 2016.

The Ernst & Young San Diego Entrepreneur of the Year award recognizes those who create and build market-leading businesses while also helping take the standard of excellence to new heights, transform the face of their industry, create jobs and contribute to the vibrancy of communities.

Sullivan represents the only solar power installation company included on the finalist list. The winner will be announced on June 20.

“The Ernst & Young Entrepreneur of the Year is the world’s most prestigious business award for entrepreneurs, making this nomination my greatest honor to date,” Sullivan said. 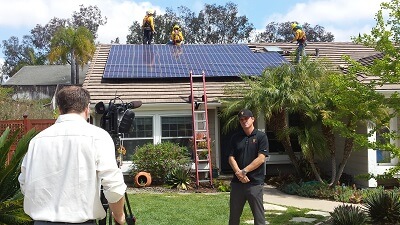 Sullivan has been a leading force behind the fast growth of the solar industry in Southern California for the last 12 years, positioning his company as a significant contributor to San Diego’s ranking as the nation’s second best solar market in total solar installed.

Driven largely by Sullivan’s vision and dedication to changing how the world generates its electricity, San Diego is slated to be the largest city in the nation to be 100 percent solar powered by 2035.

Sullivan grew his company from the humble beginnings of a one-man shop based in a garage to one of the largest solar firms in the country. Sullivan Solar Power has now been ranked one of the fastest growing firms locally and nationwide by Inc. and San Diego Magazine for six consecutive years.

Sullivan also has been named Most Admired CEO multiple times by the San Diego Business Journal.