Sullivan Solar Power is proud to have landed in the top 10 among solar rooftop contractors in North America.

Proud to be an Industry Leader

Sullivan Solar Power holds the number eight position on the top solar contractors list and is proud of the role our customers have played in spreading the word of solar across the Southern California region.

“Sullivan Solar Power is honored to be recognized as one of the top solar contractors in North America,” said Daniel Sullivan, President and Founder of Sullivan Solar Power. “We are committed to providing best-in-class quality, expertise and service while creating solar advocates to build a movement that will change the way this world generates electricity.” 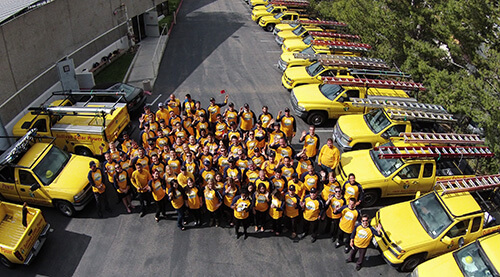 2016: A Momentous Year for Sullivan

So far, 2016 has already been a big year for those of us at Sullivan Solar Power, with a number of recognitions and other key achievements, including the installation of our 5,000th solar system. This milestone represents the continued growth of Sullivan Solar Power, fueled by the people of Southern California who continue to join the solar movement and make a positive impact in their communities.

The 2016 Top 500 Solar Contractors list recognizes the contractors from across the United States and Canada who are working hard, growing their businesses and contributing positively to the environment, the authors said.

“We’re immensely proud of this year’s class of contractors—they’re all doing great work—and we have a special place in our hearts for the companies that have been with us since the beginning,” said Steven Bushong, associate editor of Solar Power World.