The University of San Diego School of Law hosted its 8th Annual Climate and Energy Law Symposium on November 4. The symposium, titled “The Changing Landscape of Energy and Climate Policy in the West,” examined the changing climate and energy policy landscape in the U.S. and in particular the Western states. 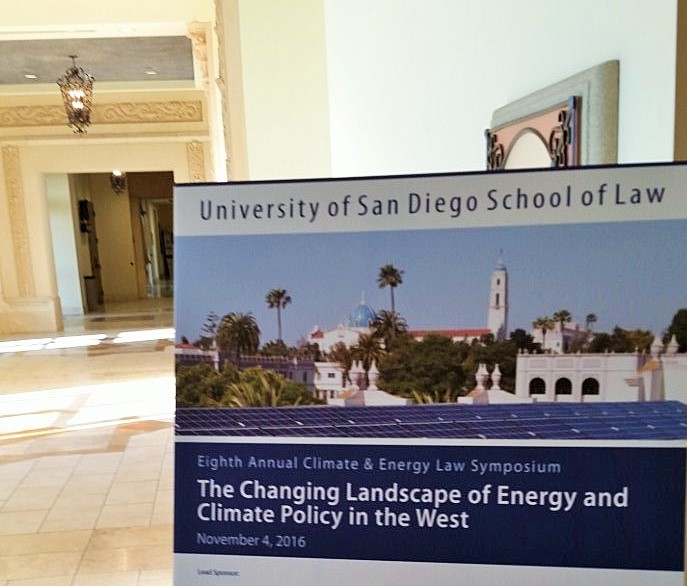 Here are three of the key learning points from the day’s discussion.

1: “California likes to get crazy.”

California has demonstrated that it is willing to take a leadership role that far exceeds any other state in the U.S. Many experts noted that because “California likes to get crazy” in terms of its' climate and energy policy commitments, the state has gained an advantage as an early adopter and profited from the resulting economic and environmental benefits. San Diego County is one of the leading regions pushing the development of progressive policy, with 77 percent of residents in the region believing that a clean environment does not come at the expense of a strong economy and 72 percent believing that San Diego should take a leadership role in reducing greenhouse gas emissions.

2: The Energy Industry is the New Telecommunications Industry.

The energy industry is poised to follow the telecommunications industry development over the past three decades. Previously, we had few options to communicate using technology. We now have hundreds of options we can choose from that allow us to communicate more effectively and appropriately. In 1980, phone service options were limited to Ma Bell. Now, we have Gmail, Outlook, Facebook, Snapchat and WhatsApp, to name just a few. This has been mirrored in the energy industry and we are not resigned to sourcing our energy from one monopoly, we have choices. The choices about how we produce, manage and consume our energy are set to expand in the same manner as the telecom industry. 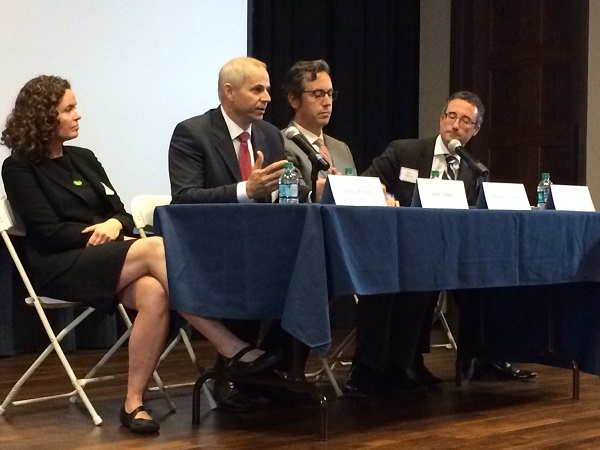 3: Regional Expansion of the California ISO. The California Independent System Operator (CAISO), which manages the flow of electricity across California’s power grid, may be expanding into a western regional grid which connects the Western states. This expansion would create a regional energy market that allows states in the West to buy and sell energy from each other. The experts at the symposium debated the advantages and disadvantages of a regional energy market. CAISO proposed that by 2030, expansion could produce $1.5 billion of economic benefits, reduce greenhouse gasses by up to 10 percent and increase the reliability and efficiency of the grid. Critics of expansion stated that expansion could reduce California’s progressive approach to climate and energy policy and that the benefits need to be further examined. The debate will continue in 2017 as governors consider the regional energy market expansion.

Ultimately, the symposium highlighted that as leaders in the transition to a sustainable climate and energy future, California has benefited both economically and environmentally. The transition is not yet complete. In fact, we have a long way to go. The telecommunication industry provides a blueprint for what the energy industry could look like in the future, but we face certain challenges. The expansion of the energy market in the West and the need for a continued growth in renewable energy in response to a changing climate highlight some of the issues the region will face.