Following his return from the Solar Focus 2014 conference, my boss approached me at my desk, whipped out a card and said to me, “I’ve got a fashion interview for you.” Upon reading any of my previously published pieces, one would be able to evoke with confidence that I am a fiend for fashion. Thus, one could only imagine the way I lit up upon hearing these words. My boss continued to explain that essentially, he cordially ambushed a woman who spoke at the Solar Focus conference. This woman, he claimed, informed her audience of her fashion brand and its production of organic attire. She also introduced her Virginia-based factory that uses solar and geothermal energy to further promote ecological awareness. 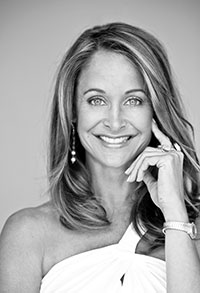 The factory is the first in the U.S. that has a GOTS certification. This means that each garment is, “traceable from farm to agent; cut and sew, screen printing and dyeing.” It is the only manufacturing facility of its kind with a green energy method saving $2,000.00 in monthly electricity bills and eradicating 161,000 pounds of carbon dioxide emissions. This synthesis of solar energy, environmental awareness, and fashion perfectly aligns my passions. Hence, I immediately began my research on Marci Zaroff, ECOfashion Pioneer.

Due to my nearly non-existent associations with this inspirational woman, I wanted to be exceptionally well prepared. I began my research and I first discovered that Ms. Zaroff received a degree from UC Berkeley’s Haas School of Business. I smiled to myself as I noted that she attended school in the city I grew up in. A city where my old middle school has a garden where students grow fresh, delicious ingredients used in the adjacent kitchen. We have Alice Waters to thank for that, but I digress. I thought to myself, “how appropriate” because I soon found that Ms. Zaroff, is a vegetarian, and that following her academic achievement she became a co-founder of the largest nutrition school in the world. 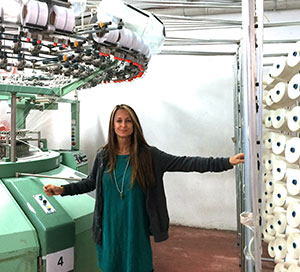 Within ten years of being a part of the organic food and beauty industry, Ms. Zaroff developed a thought, or what I would like to think as a game-changer. In 1996 she realized that there was a “missing link.” This link would move her to coin such terms as ECOfashion, ECOlyptus and ECOrenaissance. Needless to say, my conversation with Marci was thought-provoking and inspiring. Our conversation was open and free-flowing, nothing like the typical Q&A. After introductions, she told me that she was at the renewable energy conference to proceed with “connecting the dots.” These dots, I would come to find out, include food, beauty, fashion and now energy. Each part upholding the concept of embracing the organic, natural and green movements. According to Ms. Zaroff, that missing link I mentioned earlier, was fashion. 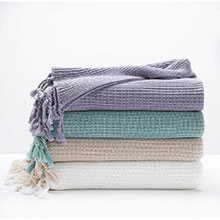 Ms. Zaroff explained to me that the global textile industry contributes 10% of the world’s total carbon dioxide emissions, accounts for 20% of industrial fresh water pollution worldwide, and adds 68,000 pounds of clothing per year to waste. Ms. Zaroff took on the job of revolutionizing the fashion industry based on diminishing its environmental impact. Her goals focused on shifting the fashion industry by measuring impacts of organic versus conventional cotton and unveiling the truth regarding the, “undervalued and underestimated organic farmer”. There were components of the clothing making process that could operate using less energy, thus mitigating climate change and conserving water. Consequently, she became an ECOfashionista, proving what she proclaims to be a, “carbon sequestering solution to climate change.” 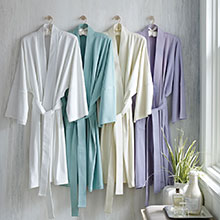 So why fashion? Ms. Zaroff’s nuanced response involved an explanation regarding the skin and how it is the largest organ of the body, followed by Maslow’s Hierarchy of Needs. Consequently, what is put on the body is equally as important as what is put in the body. Moreover, the most basic needs at the bottom of Maslow’s pyramid represent physiological needs. Apart from air, water and food, it is said that humans need clothes to protect them from the elements. Hence, clothing is crucial – though these are my thoughts – still, Ms. Zaroff described how her business is a, “powerful tool for change”. 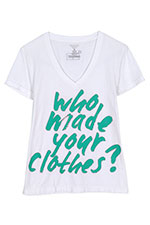 “My vision is to give what [people] love and seek in terms of greatness,” said Ms. Zaroff, “to break all the stigmas of having to give up something.” This statement was profound to me. What I took from it is this; if one chose to live a green lifestyle, there would be nothing keeping this person from being entirely environmentally conscious. I remembered the year I was vegan for kicks. Gaining some background on the diet, I wondered how others attempted to be “hardcore vegan”. I was stumped by the thought of how these “hardcore vegans” could live so… green. To me, there had to be a limit; an article of clothing produced by a troubled animal, beauty products that used honey, the use of energy that would pollute the air, there had to be some sacrifice of ideals. Ms. Zaroff would beg to differ. “Every moment is a choice.” 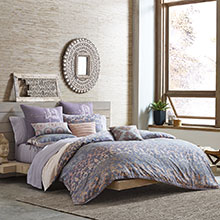 Branding also plays a role in organic fashion. Marci is President of Portico Brands, which includes three separate brands for home, apparel and fashion. Under the Canopy — which Ms. Zaroff founded in 1996, provides affordable and contemporary ready-to-wear. Portico is a responsible luxury line, and FASE (Fashion Art Soul Earth), another Zaroff creation, is a brand still in its developmental stage. Continuing on the path of fashion innovation, Marci was instrumental in the development of GOTS, the Global Organic Textile Standard, which is the platinum certification for certified organic textiles — from farm to finished product to shelf.

It doesn’t stop there for Ms. Zaroff. With an understanding of how vital it is to plant the seed of consciousness, she is in the works of educating the public with a documentary film, THREAD / Driving Fashion Forward. The film explores how fashion is evolving to be more ecologically conscious. And so, having scaled food, beauty, fiber and now energy, Ms. Zaroff is sure to end the search for missing links, connect every dot, and plant the many seeds she wishes to place in the minds of the public, myself included. 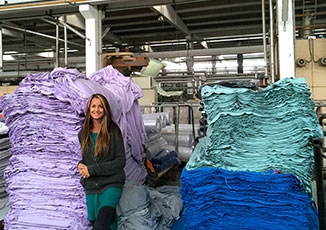 Marci coined the term and pioneered the market for “ECOfashion”, and is an internationally recognized ECOlifestyle entrepreneur, educator and expert. Founder of “Under the Canopy,” and “Metawear”, Producer of “THREAD|Driving Fashion Forward,” and Co-Founder of “The Institute for Integrative Nutrition” and “I AM Enlightened Creations,” Marci has been instrumental in driving authenticity, environmental leadership & social justice worldwide for over two decades.