Work days between January and May are now a blur. What I can make of the memories I have on helping Sullivan Solar Power obtain company accreditation with NABCEP are numerous emails to different team members, countless calls to the organization’s application coordinator, and days of waiting for responses to my many requests. Information that I left out from the initial email by which my boss explained his volunteering me for the assignment, was his suggestion for me to ask for little to no help. I was only to retrieve any information I required from an individual. What accompanied this proposition was the line, “I see no reason why you can’t own this project.” That, I had intended to do.

By February I began attaining certifications from qualified employees and typing up policies. I also became acquainted with the application coordinator and gave tasks to other persons in the company who were responsible for other requirements. It was harder than it sounds. Every week I had to remind the sales team to scan and email me a copy of their certifications after passing the NABCEP Entry PV Exam. Of course they would be tied up in providing quality customer service to those going solar with the company and did not immediately see the importance in letting me know whether or not they passed. Also, while I am no expert when it comes to community involvement or environmental procedures here at Sullivan Solar Power, I made it a point to send a draft of the policies I typed up to staff who had better insight than myself. The Community Development Deputy was sent the two aforementioned documents. The customer service policy was to be reviewed by the Director of Project Management. Receiving feedback was as much of a task as it was researching and creating the policies.

I charged others like the human resource administrator with such duties as providing me information on the company’s insurances, safety and health procedures. The executive assistant was to fill out the actual application for submission while I sought out the owner and accountant to fund the entire process. Then there was the application coordinator who heard from me, at the very least, twice a week. 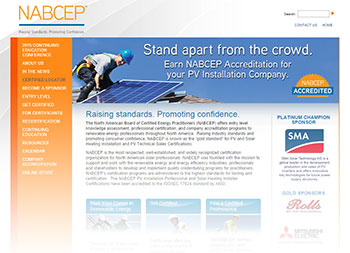 I called with questions, comments, not only from me, but Mr. Sullivan as well. I believed I had become a pest at some point however; she was remarkably patient with me, and equally resourceful. It was as though she too wanted Sullivan Solar Power to be company accredited.

March had come and gone, and before I knew it, April was coming to an end. Within that time there were interludes where I went back to my usual daily tasks. Periodically I would email my boss and Dan a percentage of how far along we were with acquiring the necessary documents to be considered for accreditation. There finally came a day when Dan realized there was too long of a standstill and asked me why. I let him know that there was a great chance that it was due to me not wanting to step out of place and onto anyone’s toes. Keep in mind that I am the IT Assistant at Sullivan Solar Power. Others may ask me for aid, but for me to do the same has less of an affect. Dan’s response was more empowering than it was abrupt.

He informed me that the task at hand was significant in ensuring the growth of the company. He moved me to understand that the team would be willing to contribute to this advancement and that I had to inform them of this detail. It turned out to be valid for me to give the impression that I am more than some assistant; I was given this assignment for a reason. All in all, if someone did not approve of me making certain requests with them, then I was to bring their directors into the mix, or better yet, Mr. Sullivan himself.

I took his words and ran with it. By the end of April I was setting up meetings with company directors, receiving numerous emails, and my desk became the home of multiple three ring binders full of vital information. I began seeing the light at the end of the tunnel. NABCEP Company Accreditation seemed to be at my fingertips. However, my perception of depth turned out to be incorrect.