A Decade of Excellence for Sullivan Solar Power

This year, Sullivan Solar Power turned 10 years old. While that may sound fairly young, we are one of the longest standing companies to specialize solely in the design and installation of solar panels in Southern California. This monumental achievement not only allowed the opportunity to have the best Sullivan party in company history (Historic tall ship cruise through the harbor with 100 of the coolest people I know dressed up as pirates, mermaids and captains with amazing bites and open bar? Yes please!), but also for me to step back and reflect on the growth of our company – where we came from – and where we are going.

Sullivan Solar Power is what I refer to as a rags-to-riches American dream story. Daniel Sullivan started our company with a vision to change the way that our region generates electricity – and since then, our company has done just that. Inspired by the birth of his son, he set out on a mission. He had only $2,500 in the bank, a beat up Ford ranger and some tools. Now, our company is the solar top installation firm in the SDG&E utility territory, according to California Solar Initiative data. Sullivan Solar Power has more than 55 trucks, and employ over 120 people today. 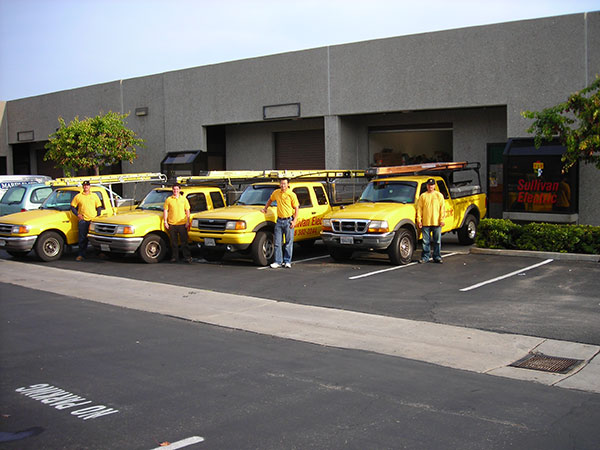 When I started with the company a little less than five years ago, we had only 20 employees. The amount of growth we have seen has been tremendous – more than 50 percent per year, year after year. We now service all of Southern California with satellite offices in Orange and Riverside Counties. Last year we opened up a government affairs division out of San Francisco, where my good friend and dear colleague Adam Gerza protects the interest of not only our customers - but our entire industry.

Our project portfolio is bragworthy, with more than 2,400 customers that provide us a 90% or higher satisfaction on all client surveys; including high profile clients such as the City of San Diego, the Port Authority of Long Beach, San Diego State University (Go Aztecs!), UC San Diego, Camp Pendleton – heck, even the utility has selected our company to install solar panels at their facilities.

Through Daniel’s generosity, Sullivan Solar Power has given back to our local community in numerous ways over the past ten years. The community development department has administered solar incentive programs in more than 15 cities – providing more than $1.8 million in cash-back incentives to the communities that we serve. We have had a partnership with non-profit GRID Alternatives over the last year where we donate one locally manufactured solar panel to low-income homeowners for each property owner that goes solar with our company. More than 90 low-income families will receive free solar panel installations as a result of the partnership. We have donated solar panel systems to local schools for students to learn about the technology – from high school to university engineering majors, we recognize the potential and believe in our future generations to assist in changing our world.

Sullivan Solar Power has received more awards than any other company in Southern California to-date, continuously being recognized for our achievements, quality, reputation, leadership and community involvement. I go home each day feeling blessed to be part of such an ethical organization that holds the same values that I guide my life by. We have built out a team of the most talented individuals that I have had the opportunity to work with. 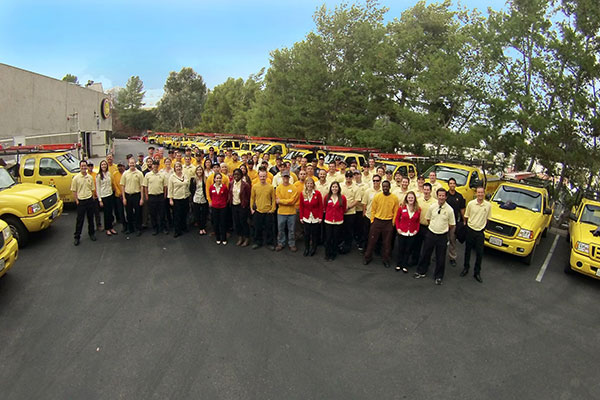 A lot has changed just in the five years that I have been at the company. Everything from financing options – to available incentives - to the number of solar providers. Probably what stands out the most is the significant number of contractors doing solar. It seems like every Tom, Dick and Harry now do solar (Windows, doors, alarm systems and.. solar?). I hear of new companies each day that I have never heard of – entering and leaving the market before I can even recall their name. A lot of people are trying to make a quick buck on the green economy, I guess.

Since the beginning in May 2004 to now, while there have been many changes - one thing has remained consistent: Sullivan Solar Power’s vision to change the way that our region generates electricity. We are on a mission, and no one is going to stop us. Whether that means fighting poor policy proposals at the California Public Utilities Commission (CPUC) or working to help cities with bad solar permitting processes; we are committed to a clean solar energy future for our region, our state, our nation, our planet. The truth of the matter is that wars are started and people are killed – all in the name of finite resources – energy supply. But in reality, there is an abundance of energy. It falls free from the sky every day.

So, how do we get there? First and foremost, education. There are still misconceptions out there that solar is expensive. In reality, it’s cheaper than the utility. Because there is so much misinformation out in the public – there is a lot of work to do in getting our society to understand the full benefits of solar energy. Next, good public policy. Our company has taken an active role in being the leader to provide the protections necessary to expand our solar industry. Lastly – what we do best. Quality products, quality people, quality systems. Our brand promise.