A Different Kind of Solar Company

Sullivan Solar Power was founded in 2004 by Daniel Sullivan, a native San Diegan and electrician who was inspired to lead a solar energy revolution in his hometown. Sullivan started humbly, sleeping on a couch in the garage of a vacant house he was renovating. With just $2,500 in the bank and a set of beat-up tools, Sullivan took a leap of faith, quit his day job and started his own solar power company.

In 2003, as the United States waged war in Iraq tied to the Middle East’s oil supply, Sullivan was inspired to dedicate his career to break Southern California’s reliance on oil and other fossil fuels.

Sullivan started his company at a time when he was one of only a handful of outfits installing solar power systems in San Diego, long before the “solar power boom” arrived. As a pioneer of Southern California solar power, Sullivan had to convince many of his customers that solar power was a viable alternative to their local power utilities.

Through tireless dedication and focus on Sullivan’s goal of leading a solar energy revolution, Sullivan Solar Power has now grown to more than 150 employees with offices in San Diego, Irvine and Riverside and has installed more than 9,000 solar power systems on homes, businesses and large institutional buildings across San Diego, Orange and Riverside counties.

Sullivan Solar Power is on a Mission

Every day we come to work, we are dedicated to sparking a solar energy revolution across Southern California and turning our customers into devoted solar advocates. This singular purpose, to change the way this world generates electricity, drives us to excellence in our workmanship, the products we use and every decision we make.

For many people, the decision to go solar is driven by a desire to save money on their utility bills. Others go solar with an eye toward reducing their reliance on oil and other fossil fuels, which has for decades been a source of conflict around the world.

At Sullivan Solar Power, we are a company driven by a singular mission to empower homeowners and help change the way our world generates electricity. By arming our friends, relatives, coworkers and neighbors with the knowledge and ability to generate their own electricity, we are creating a social movement -- a solar energy revolution across San Diego, Orange and Riverside counties.

We grow the solar energy revolution by creating solar advocates. An advocate is more than a satisfied customer. It’s someone who goes solar and then takes the extra step of encouraging everyone they know about the benefits of making the switch.

Creating solar advocates helps change the way our world generates electricity. It’s why we do what we do.

Sullivan Solar Power takes a unique approach to providing quality solar power systems to our customers across Southern California. Providing high-performance solar panels has helped set us apart from the competition as the most experienced solar power company in San Diego, Orange and Riverside counties.

It’s how we approach every solar power installation, including yours.

As an electrical contractor, we work with lethal voltages of electricity every day. We are exposed to hazardous work environments and as such, our industry demands that we hire only the highest qualified personnel.

Carrying a C-10 license, we employ only state-certified electricians, with more than 5,000 hours of on-the-job training and multiple courses completed in job site safety. This means we only hire from a select pool of electricians who have been tested for competency in the electrical industry.

Our foremen administer and teach safety meetings at the Electrical Training Center. All our electricians are drug screened as a requirement of employment. With the training and standards that are required to be employed by Sullivan Solar Power, you can rest assured that you are getting nothing less than the very best in the industry to perform quality work on your home.

We support the North American economy by using only high-quality products made by financially stable and socially responsible companies that are based here and have been in business at least as long as the warranties they offer. You won’t find cheap Chinese panels or other components on a Sullivan Solar Power job, since we offer only panels, inverters and racking systems that are manufactured by established companies with a proven track record.

To help ensure the products we use in our solar power installations, we maintain rigorous product-selection criteria. We only use the finest solar power modules, inverters and other equipment on our jobs, and the quality shows in the savings our customers enjoy.

Sullivan Solar Power sets the standards for quality in every aspect of what we do. Part of how we are a leader of the Southern California solar power industry is through faithful attention to a rigorous set of quality assurance and quality control measures.

Our processes and procedures detail every aspect of each solar power system we design and install. Through every step of the process, we follow rigorous quality assurance and quality control processes that hold every department accountable. From project inception to project completion, our quality assurance and quality control processes help see that we design and install only the highest quality solar energy systems.

The quality people we use to design and install only the highest-quality products using strict quality assurance and quality control measures to result in the best possible solar energy systems is the reason why you and your family can rest easy trusting us with your energy future.

Our high standards for the people we hire and the products they install result in one thing: High-quality solar energy systems that deliver the best results and cost savings to our customers for decades to come.

Since our founding in 2004, we’ve installed more than 9,000 systems on rooftops across San Diego, Orange and Riverside counties. We’ve worked on everything from smaller residential systems to the largest commercial and institutional projects, including high-profile projects for San Diego State University, the University of California, San Diego, Camp Pendleton and San Diego Gas & Electric.

Since these educational and governmental institutions trust us to handle their large-scale projects, you and your family can rest assured knowing that the same experience, quality assurance processes and high-quality products are being used on your job.

Going solar is a big decision. Installing your own solar power system to deliver clean, green electricity generated from the sun’s rays directly to your home and your community will power your property for the next 25 years.

We carry commercial-grade insurance that helps protect your property during and after installation of your solar panels. We also offer an industry-leading production guarantee that pays you in the unlikely event that your system does not produce the electricity we say it will.

You can also rest easy knowing that the same state-licensed electricians who work on our large commercial and industrial solar power projects will be working on your project. You will have the same level of experience, training and expertise on your roof as was used to design and install large systems for San Diego State University, the University of California, San Diego and other large-scale installations.

Sullivan Solar Power is the only company in the Southern California solar power industry to offer a comprehensive production guarantee on all systems we install. We guarantee the kilowatt hour production of your solar power system for the first 10 years of system operation. Anytime one of our systems is operating outside of its expected performance ranges, we are automatically notified and one of our electricians will be onsite within 48 hours to bring the system back to its full capacity.

If the system does not produce what we specify, we will pay you for any energy lost.

Customers can expose themselves to severe liability by working with unlicensed or under-insured contractors. Sullivan Solar Power carries a C-10 electrical contractor’s license, which allows us to perform any type of electrical work on our customers’ homes. To help protect both ourselves and our customers we also carry:

Per California law, it is the customer’s responsibility to ensure that any contractor they hire has sufficient insurance limits to protect them in the event of an accident.

Sullivan Solar Power is proud to be the only professionally accredited solar company serving San Diego and Orange Counties. Only seven companies in the United States have achieved the prestigious North American Board of Certified Energy Practitioners (NABCEP) accreditation.

The NABCEP seal of approval tells you that the Sullivan Solar Power employees who design, build, install and monitor your solar power system are the most qualified and trained in the business. 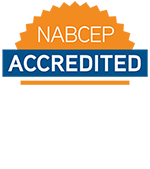 Our Awards and Recognitions

At Sullivan Solar Power, we consistently install only the highest-quality solar products and outstanding solar energy systems that perform as designed for decades. As a result, we have earned a spot among the most decorated solar power companies serving San Diego, Orange and Riverside counties. We’re proud of all of the awards and recognitions we’ve received, such as:

See our other awards and recognitions

Now that you’ve read all about our purpose for being in business, our quality people and solar power products we use, our strict quality controls and the high-performance systems we install, you may be asking yourself, “why wouldn’t I choose Sullivan Solar Power?”

We have been a leader of the Southern California solar energy revolution since 2004 and continue to set the standard for quality, professionalism and performance guarantees. The quality of our design, installation and monitoring is unmatched and will provide you and your family the clean solar energy your home needs for decades to come.

When you are ready for a free, no-obligation phone consultation to determine your energy needs and see how much you can save by going solar, we have people standing by. Or, submit your contact information on our website and we’ll be in touch.