We all know of a few famous combinations that go well together...peanut butter & jelly, biscuits & gravy, Batman & Robin, but did you know about solar & reroofing? Admittedly these two ideas may not generate as much excitement as a hot breakfast plate, but combining these two home improvements projects are a match made in heaven, and can provide the savings to afford all the biscuits and gravy you can eat!

Let’s start with re-roofing your home. This is a classically dreaded and expensive project that creeps up on us over the years. According to the National Association of Home Builders (NAHB), slate, copper and tile roofs can last more than 50 years. Homeowners with wood shake roofs should expect them to last about 30 years, while fiber cement shingles last about 25 years and asphalt shingle/composition roofs last about 20 years. When the roof is nearing the end of its life, Homeadvisor estimates the national average cost to re-roof at about $6,600. Given the popularity of clay tile in Southern California and the prevailing labor wages, our local average is closer to $8,000 - $15,000. 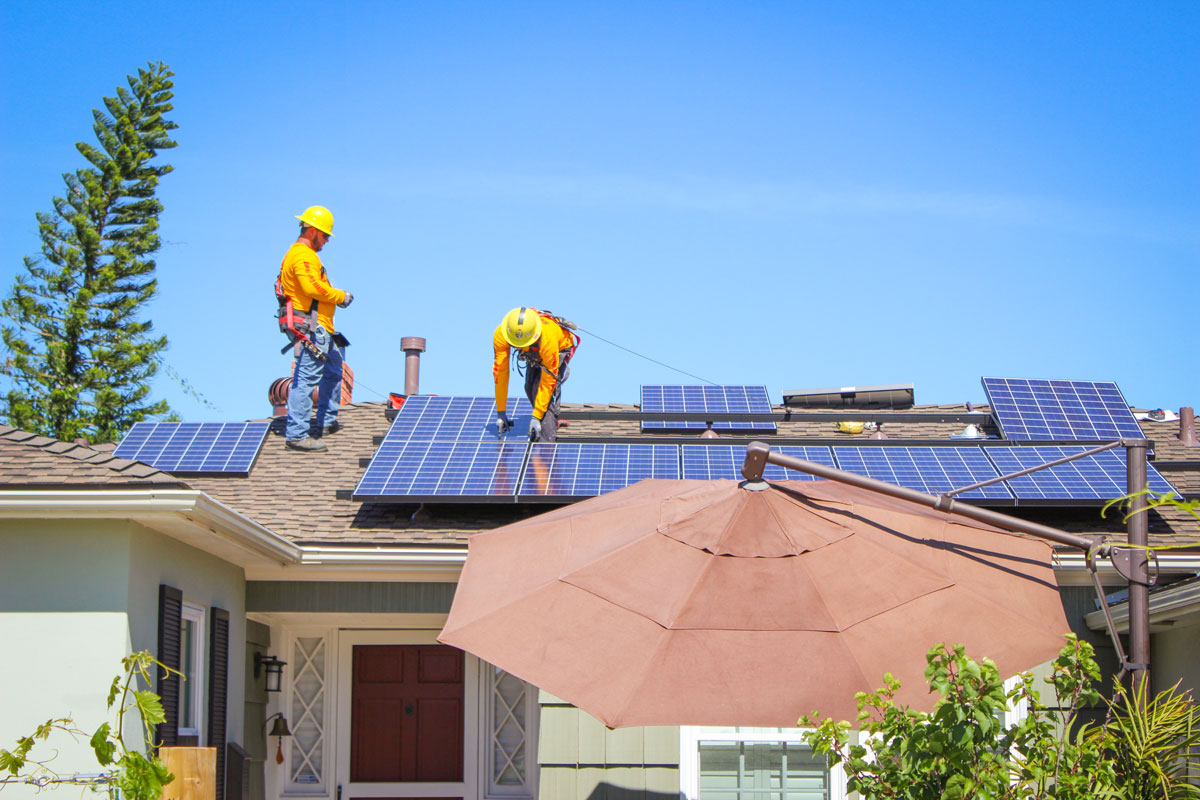 There are a few benefits with combining your pricey re-roof with solar, and both are related to savings. For one, the portion of your re-roof that is under the solar power panels, which is commonly up to a third, is considered a structural component of that system. Therefore, that cost is qualified to be included in a 30% solar federal tax credit, which is a federal program that was extended by Congress into 2019 to incentivize solar installation. There aren’t any other tax credits available for roofing cost aside from this!

The second financial benefit is the savings you incur by going solar. For a Southern California Edison customer with an average bill of $248 dollars a month, considering the Department of Energy’s national escalation rate of 6% each year (which is modest for SoCal, where we trend higher), this homeowner will spend $103,588 on electricity costs over 20 years. That is staggering! Saving, instead of spending, that money could not only afford biscuits and gravy, but college education, retirement and new investment opportunities. By going solar and producing your own power instead of renting it from the utility, that 20 year cost cost is significantly offset, and depending on financing options, would save the homeowner between $70,000 and $84,000 over those same 20 years. Roofing costs can also be bundled into the solar loan payment. This allows you to pay for your solar plus a new roof, for less than your current electric bill.

A more efficient home, tens of thousands of dollars in savings, as well as choosing a clean, sustainable energy for the protection of future generations - all of this makes the solar/re-roof combination a smart and natural choice!