The San Diego chapter of the California Solar Energy Industries Association (CALSEIA) was awarded by the Sierra Club this week for its role as a guardian of the environment. The organization has been recognized for working to have the City of San Diego commit to a future of 100% renewable energy and advocating for climate change action.

In addition, Sullivan was able to show his competing solar companies the need and importance to work together for a greater cause of protecting customers and employees and furthering the growth of the solar industry.

Since its inception, San Diego CALSEIA has advocated for solar policies and programs that have made San Diego the second highest ranked region in the nation for solar PV output. San Diego CALSEIA was instrumental in policy development in 2011 when it helped defeat SDG&E’s network use charge, which would have had a detrimental impact on the solar industry. In 2013, the group helped change Assembly Bill 327 to be more positive for solar.

Recently a major success of San Diego CALSEIA was the role it played in supporting the City of San Diego to commit to a future of generating 100 percent of its energy from clean and renewable power with a Climate Action Plan that sets the most comprehensive city-wide clean energy law in the country. 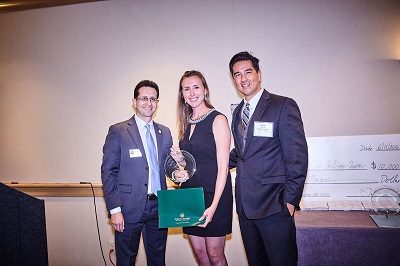 Sullivan Solar Power has continued to play an instrumental role in the San Diego CALSEIA and the company's Interim Director of Community Development Tara Kelly is Chair of the organization. Kelly accepted the Sierra Club award with Justin Hammond, Commercial Project Developer of Sullivan Solar Power.

The local CALSEIA chapter is driven by its mission to promote the growth of the solar industry and expand the use of all solar technologies throughout San Diego. Sullivan Solar Power is proud of the role it has played in fueling the organization’s success over the past five years and looks forward to continued support of CALSEIA in its role as a guardian of the environment.