Time of Use Rate Structure Presents Opportunities for Solar

The most basic economic principle states that as demand increases, so should price. In early 2015, the California Public Utilities Commission (CPUC) voted unanimously to approve the establishment of a new rate structure which reflects this basic principle. This structure is known as Time of Use (TOU) and is designed to price electricity higher when its demand is higher. Currently, the majority of energy consumers pay for electricity based upon the amount of kilowatt-hours consumed. However, with the TOU rate, consumers pay for electricity based not only on the amount of kilowatt-hours consumed but also when these kilowatt hours are consumed.

Currently, most residential energy consumers are charged on a tiered structure based on the quantity of electricity they consume. Electricity rates increase progressively as the energy consumption moves from Tier 1 to Tier 2 to Tier 3. TOU rates, however, vary based on the season and time of day. They are divided into Summer Rates and Winter Rates, with each of these seasons divided into Off-Peak, Semi-Peak and On-Peak time windows.

For example, on a hot and sunny afternoon during the summer, the demand for electricity increases as households and businesses power air conditioners. To reduce this demand, TOU rates during this season and time are higher. The utility company encourages this reduction in demand as it can significantly reduce its costs by decreasing their peak load requirements.

Energy consumers will be defaulted to the TOU rate structure in 2019. Though the rate values themselves have yet to be decided, it is expected that they should be finalized sometime in 2017. The current optional TOU structure offered by SDG&E provides an indication of what these rate values may be. 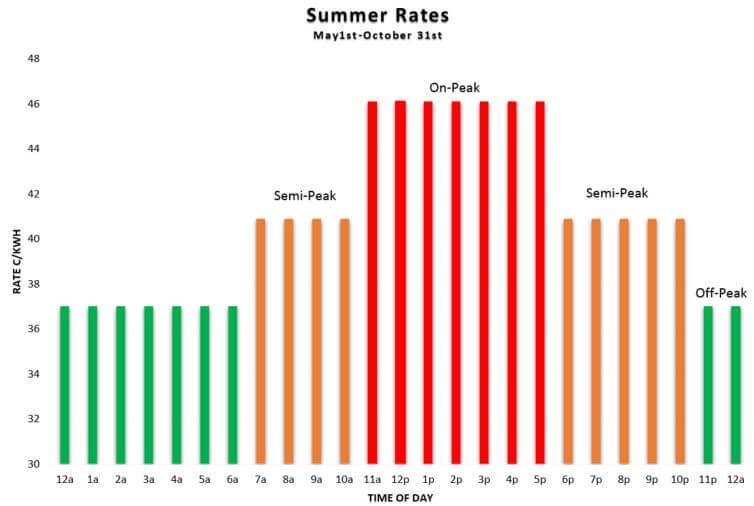 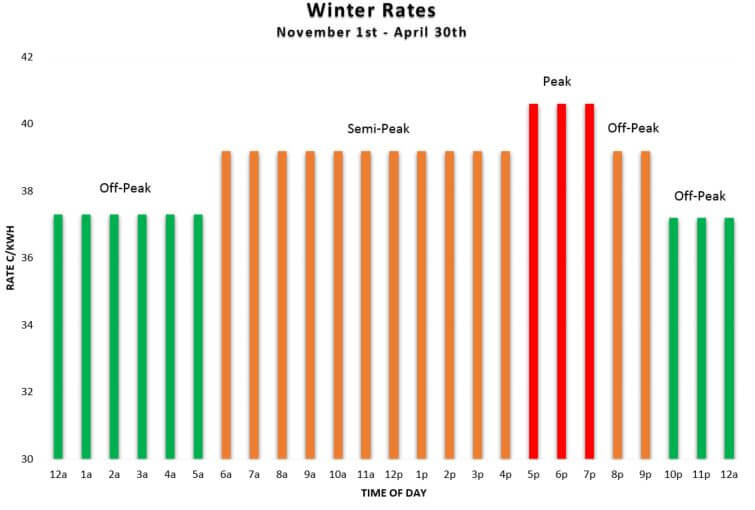 Time of Use Opportunities

TOU rates may help consumers reduce their electricity bills if they are in a position to reduce their energy consumption during peak times.

This rate structure opens up exciting new opportunities for those thinking about going solar, providing consumers with a number of benefits.

Because solar panels have higher output during On-Peak hours, the power that these panels generate and send to the grid is the most expensive power of the day. Solar customers will receive full compensation for the power they send to the grid. This means that if a solar system produces power which is not consumed during On-Peak hours, the solar consumer will receive higher credits for the power they produce.

Factoring in the higher credits generated during On-Peak hours, the required system size will decrease while still eliminating a consumer’s electricity bill. 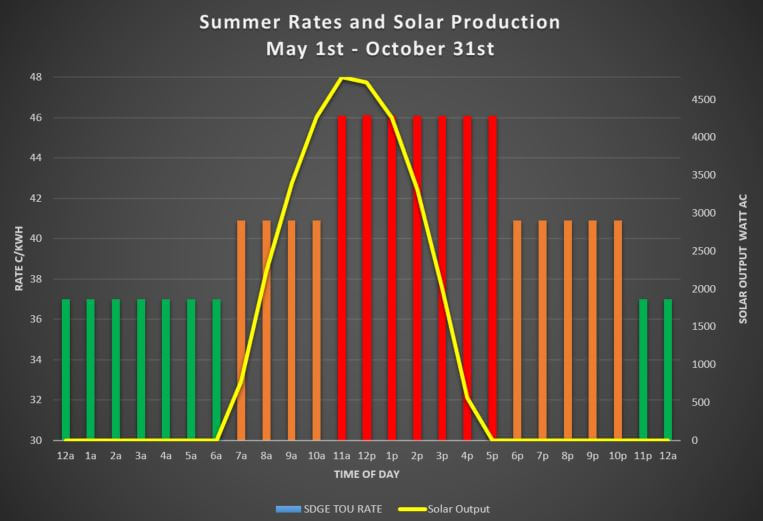 A solar system requiring fewer panels means the total cost of the system is significantly reduced and the payback time is shorter. A smaller system size means that a higher percentage of panels can be located in the most efficient locations on the roof, maximizing your systems productivity. This may open up possibilities for those interested in solar who previously had limited or insufficient roof space.