The solar investment tax credit has proven to be one of the most important federal policy mechanisms to incentivize clean energy in the United States and it is scheduled to sunset in the coming months. Those who have yet to go solar are now rushing to take advantage of this federal incentive before it reduces in 2020, then disappears shortly after.

The solar tax credit was approved in 2006 and has made solar affordable and accessible for hundreds of thousands of Americans. Residential and commercial solar has grown rapidly across the country, especially in California where electricity rates are high, the sun is plentiful and the tax credit is a great bonus, which has helped over 2 million families and businesses make the switch to solar. Many Californians are now adopting energy storage with their solar power systems as batteries also qualify to claim the 30 percent tax credit when paired with solar. Since the solar investment tax credit was enacted 13 years ago, the U.S. solar industry has grown by more than 10,000 percent, experiencing 53 percent growth annually and remains one of the nation’s fastest-growing industries. 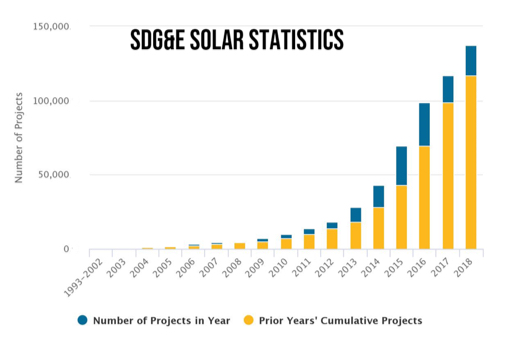 The solar investment tax credit was originally set to expire in 2016, but was saved by a last-minute, bipartisan Omnibus Appropriations Act, which included an extension of the tax credit in its full amount through 2019. This extension includes a sunset clause, which sets the residential tax credit to reduce to 26 percent in 2020, 22 percent in 2021 and in 2022 it will be nonexistent. The commercial tax credit reduces to 10 percent in 2022 and remains at that level indefinitely.

Solar power systems must be in operation with permission to operate by the local utility company by Dec. 31 to be eligible for the credit.

"Annually, there is a rush from consumers to get their solar installed and turned on by the end of the year in order to claim the tax credit the following spring once they become aware of the deadline," said Daniel Sullivan, founder and president of Sullivan Solar Power, "Given that this is the last year of the 30 percent tax credit, we highly recommend homeowners sign up to go solar before Sept. 30 so we can have your solar power system operational by the end of the year."

To learn more information on how to harness the power of the sun and capitalize on the 30 percent federal tax credit, you can attend local, educational solar seminars. Details are available on our events page.