Sullivan Solar Power announced today they will be supporting students at UC Irvine competing in the American Solar Challenge, with the race taking place in 2020. The company has donated materials to the UC Irvine “SolEaters” to build a fully-solar vehicle, as part of a nationally and globally recognized competition that brings teams from colleges across the nation and the world to build and race a fully solar-powered vehicle. The competition is a nine day long, two thousand-mile race from Omaha, Nebraska to Bend, Oregon, with the student-built vehicles using only the power of the sun for their energy. 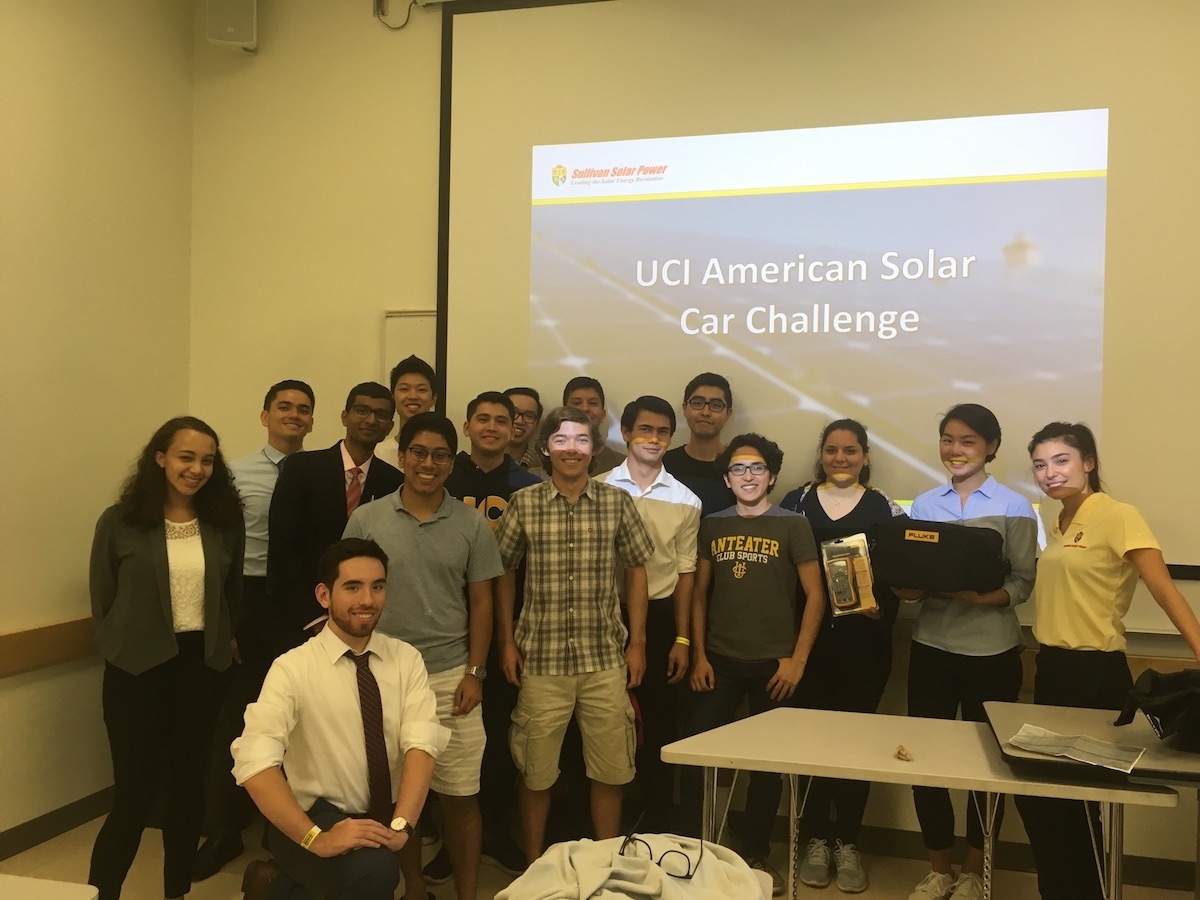 “Sullivan Solar Power is proud to support these incredibly driven and innovate students. They understand the need to harness sustainable resources like solar to power our lives and industries” said founder and president of Sullivan Solar Power, Daniel Sullivan. “The level of initiative and creativity from this technical team is impressive, and we are excited to help support the SolEaters on their journey to the competition.”

This will be UC Irvine’s first time participating in the national competition, which is organized by the Innovators Educational Foundation. The first solar race was held in 1990, with cars traveling from Orlando, Florida to Warren, Michigan. Since then, every two years students from universities throughout the country and around the world build solar-powered vehicles to compete in an endurance race across the United States.

The SolEaters’ team consist of more than 20 passionate UC Irvine students with a variety of majors from mechanical engineering, materials science, electrical engineering, biomedical engineering and business. This collaboration continues to push the boundaries of student skill sets in engineering, teamwork and achievement beyond the classroom and puts them into practice. The race will test the team’s ability to design and build a street-legal car that is highly efficient and safe while being fully powered by the sun.

“Sullivan Solar Power has not only been incredibly helpful with providing our team with resources and support but also in providing the bigger picture to why a sustainable future requires a community effort,” said Project Manager of the UCI solar car team, Lizette Nguyen. “We appreciate Sullivan Solar Power for investing in our brand new team to build UCI’s first solar car to compete in the American Solar Challenge.”

The solar car has been named the ZotSun by the student team, and construction of the vehicle has commenced. It incorporates an asymmetric design to minimize aerodynamic drag and includes two Mitsuba motors, 416 Panasonic lithium ion cells and 250 Sunpower silicon solar cells. Sullivan Solar Power donated in-kind materials to the building of the car and will play an active role in providing guidance and education as a resource to the team on campus.