California has long held a front-line position on global climate initiatives. That trend continues this week with Governor Brown’s historic signing of Senate Bill 100, pledging the state to 100 percent clean energy by 2045.

Authored by Senate president pro tempore Kevin de Leon, the bill serves as his final stamp on state energy policy before running against 5-term veteran Dianne Feinstein for a seat in the United States Senate. While the victory is both substantive and symbolic, it was by no means easily achieved, having faced years of pushback, revision and reform. But after a hard-fought victory, efforts can finally shift from how it can be passed to how it can be implemented. 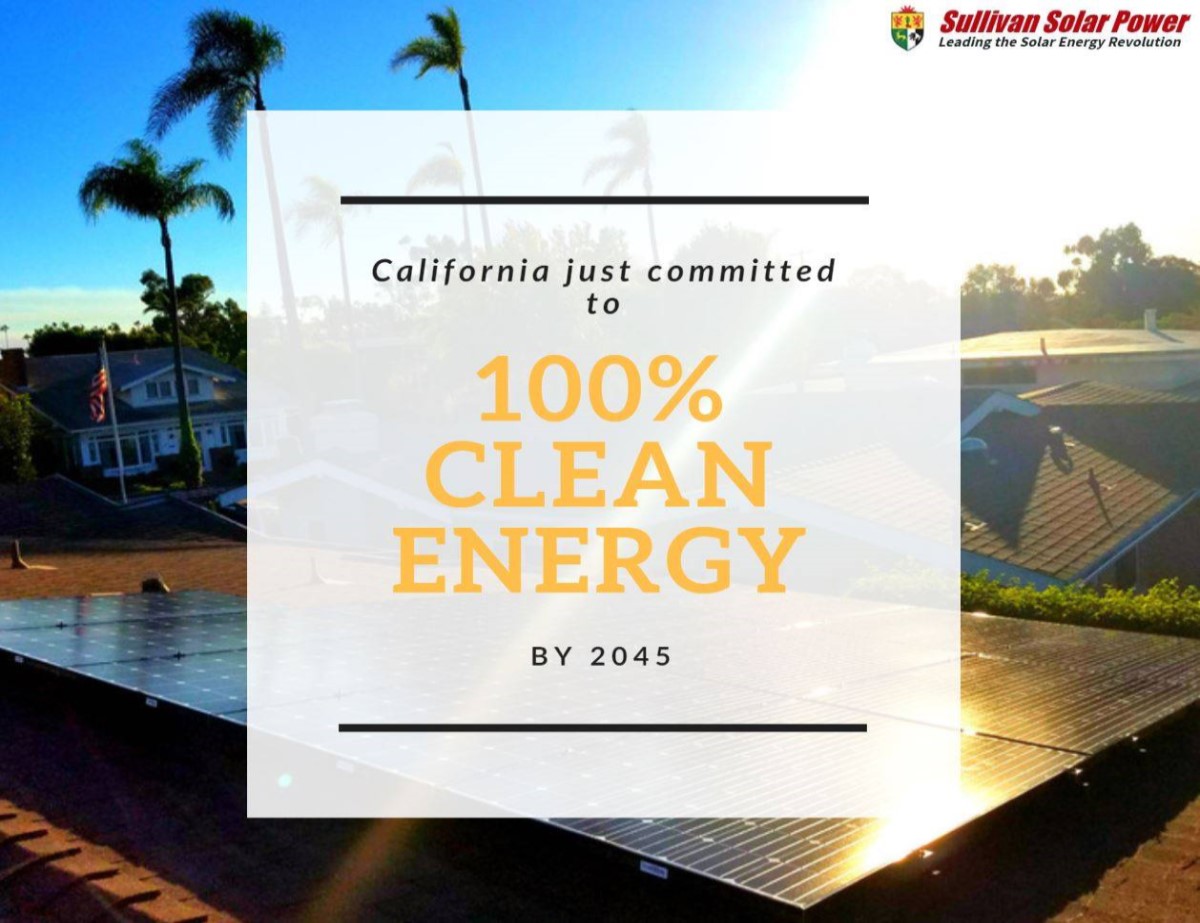 In addition to committing the state to 100 percent carbon-free energy by 2045, it also amends the state’s existing renewable portfolio standards, mandating state electricity be generated by 50 percent renewables by 2026 and 60 percent by 2030.

This groundbreaking move by the California government brings with it an abundance of economic, environmental and social benefits. With rapid growth in the renewable sector comes the promise of new job generation.

“There are nearly ten times more clean energy jobs in California alone than there are coal mining jobs in the entire nation,” say de Leon. These numbers will only continue to rise as the demand for clean energy sources and reliable installers grow.

In addition to creating jobs within the existing sector, the open-ended bill strategically leaves room for creativity in its implementation. This intentional design aims to invite a wave of industry innovators drawn to the promise of a fruitful market. This would trigger a new wave of systematic and technological innovations and economic growth, much like Senate Bill 1 triggered a boom in the wind and solar industries in 2006.

As it relates to climate issues, the passing of Senate Bill 100 (SB 100) is a literal breath of fresh air. Climate related natural disasters are increasing in terms of both frequency and severity. Government leaders are acutely aware of this fact, and realize that in order to protect the livelihood of their constituents, aggressive action must be taken to reverse the effects of global warming.

California has the largest population of any state, and has experienced the second highest number of natural disasters to date. According to the National Oceanic and Atmospheric Administration, those numbers have been consistently rising over the last several decades, and reducing carbon emissions is one way to help reverse that trend.

In addition to defending against natural disasters, the bill will also help protect Californians from the epidemic of chronic illnesses sweeping our nation, combating issues such as asthma and lung cancer that have worsened as a product of fossil fuel based pollution. Clean energy will not only benefit the health of the people, it will also reduce the financial burden of the state health care system.

While job creation, economic growth, health and safety are major benefits of 100 percent carbon-free energy, the most potentially impactful element of the bill will be seen outside California’s state borders. One implication of being a global leader on climate change is that there are those who will follow. California will serve as an example and an inspiration to communities around the world who wish to reap the benefits of clean air and economic growth that are tied to clean energy reform.

Opponents to the bill question its feasibility. They argue there is not enough information available to determine whether it is efficacious. There is also concern about the practical application of such a large-scale initiative. So how does California make it work?

SB 700 is the companion bill to SB 100, which aims to extend the existing state incentive program for energy storage. One of the major arguments from SB 100 opponents was that renewables aren’t reliable without viable storage solutions. SB 700 is the direct response to that concern. The program would dramatically reduce the cost for businesses and consumers to pair battery storage with solar installations.

Executive director of the California Solar & Storage Association, Bernadette Del Chiaro, says that “SB 700 will do for storage what SB 1 did for solar over a decade ago, namely creating a mainstream market by driving up demand and driving down costs all while creating jobs and clean energy choices for consumers.” This bill is next in the stack on Governor Brown's desk, patiently waiting his approval.

Another angle to approach the implementation of SB 100 is at the community level. Community Choice Aggregation, known as CCA, originally passed in 2002, and is a model that empowers individual cities and municipalities to join together to purchase electricity on behalf of its residents. The mission is to provide competitive alternatives to the investor-owned utility, delivering savings on electric bills while providing a greater mix of clean energy to the grid.

Community Choice is already operational in over 140 California cities, and is projected to serve approximately 18 million California families by 2020, bringing with it the promise of new jobs, economic development, and millions of dollars in revenue to cities across the state. In the wake of SB 100, its significance will only continue to grow.

Putting the buying power into the hands of the community members ensures that individuals are getting the best prices for their electricity from sources that best align with the communities goals, while taking a major burden off the plate of officials at the state level. In the coming weeks, the city of San Diego will be deciding whether it will introduce a Community Choice initiative of its own.

With so many new bills, policies and energy alternatives to consider, the facts can be hard to follow. In response to the information overload, local nonprofits and industry professionals have teamed up to present the San Diego Clean Energy Fair on October 6. This one-day educational event offers a jam-packed schedule of seminars on solar power, solar battery storage, electric vehicles, energy efficiency, workforce development & more. The event also offers an electric vehicle showcase, cleantech fair, solar cooking demonstration, documentary film screening, and educational activities for children.

“We have the technology, skill and financing to move to a 100 percent clean energy future, and the San Diego Clean Energy Fair is giving local families and businesses the tools to be part of the solution,” said Daniel Sullivan, founder and president of Sullivan Solar Power, a co-host of the fair, “We have the ability to show the rest of the world that we can ditch fossil fuels today and create a brighter future.”

The state of California continues to serve as the light in a climate dark age, and current energy reform brings with it exciting opportunities for economic growth and innovation. Former California Governor, Arnold Schwarzenegger, commented on California’s current activity, saying, “while Washington pines for the past, [California will] be here, once again, building the future.”

To learn more, RSVP or get involved with the San Diego Clean Energy fair, www.cleanenergyfair.org.