On Tuesday, members of the Sullivan Solar Power team marked its 8,000th installation at the Bardy residence in Carlsbad. To honor this milestone, the Community Development team celebrated with a personalized cake and unveiled a signed solar panel that will be on display at Sullivan Solar Power’s office. 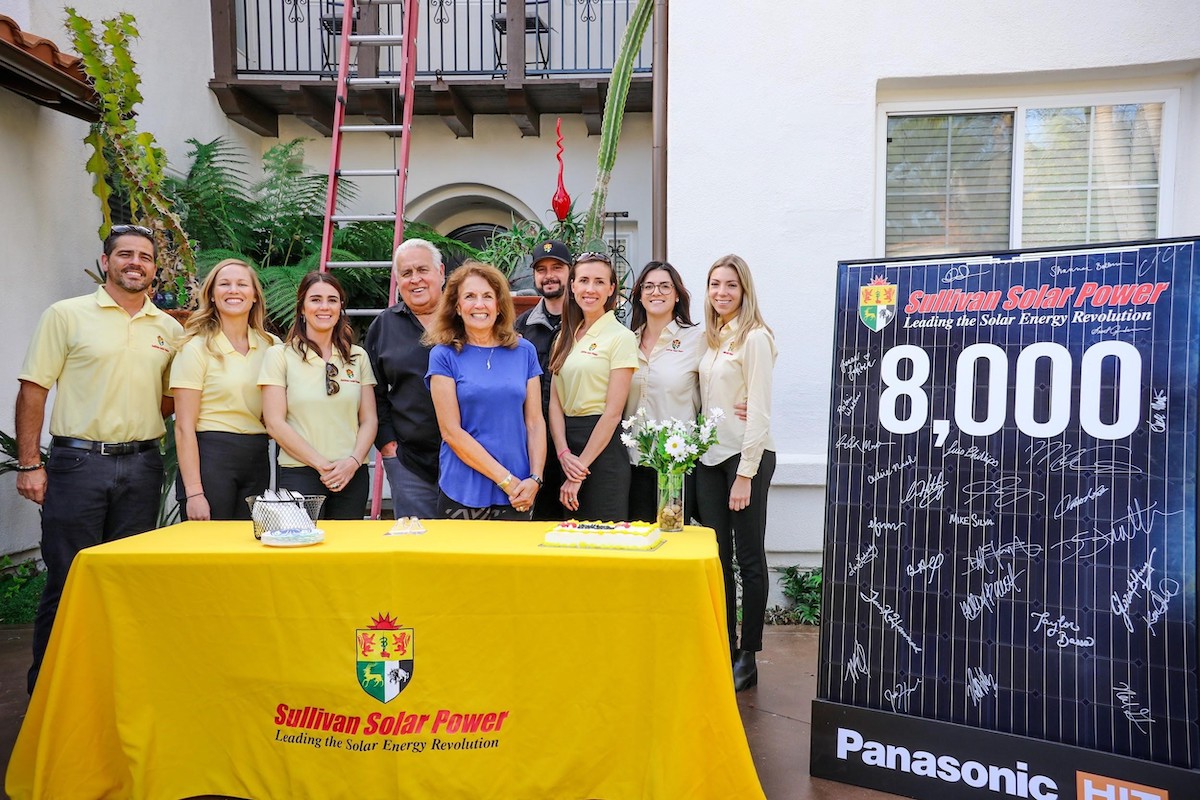 The Bardy’s solar system is a 6.4kW AC system consisting of 21 Panasonic 330-watt panels and was designed by veteran Project Developer, Mike Silva, marking his 670th system. The system faces west and is designed to produce over 10,500 kWhs a year, saving $150,326 of electricity costs over the next 25 years.

The Bardys explained that they had considered solar for a while and decided to finally make the switch this year to capitalize on the 30 percent federal tax credit, since it sunsets in 2020. “With the cost of electricity on the rise, it was time to make the investment” says Bardy,. “We chose Sullivan because of professional presentation, no hard sell.”

In between laying the final panels, the crew and several in office employees shared a piece of cake with the Bardys to welcome them to the Sullivan Solar Society and congratulate them on being the 8,000th installation.

This installation comes as a small but impactful step towards a 100 percent clean energy in San Diego area. As Bardy says, “Any action to minimize pollution helps all. We live in a beautiful place - be nice to keep it that way.”