Solar Roof Tiles from Tesla are being touted as something new. They are not. Tesla knows they are not. They also know that this type of application is a joke amongst those who know anything about solar. However, it makes for headlines, and apparently, headlines trump facts in the world of Tesla. I am writing this piece to help readers understand why solar roof tiles are not only a bad idea, they are a proven hazard. Solar roof tiles are expensive, inefficient, and hazardous.

Solar Roof tiles are categorized as Building Integrated Photovoltaics, or BIPV, and have been around for years. This product is just the latest in a long line of BIPV products that have come and gone from the market. Dow, Sharp, Kyocera, Sunpower and Suntech, all of which have been successful in the solar manufacturing industry, have ventured in, and ultimately ventured out, of the BIPV market. Tesla is clever to not categorize their solar roof tiles as BIPV because doing so would cause people to stumble upon the horror stories of previous versions of solar roof tiles.
We could look to each individual product to investigate why they failed, or we could look at the big picture. The concept is flawed.

Traditional solar panels are mounted about 4” off of your roof for several reasons. Believe it or not, it was not just because someone decided an elevated system would look better. Air space between solar panels and their mounted surface is necessary for safe and efficient operation.

BIPVs are essentially flush mounted to your roof. A piece of glass, tightly mounted on top of tar paper tends to be a pretty warm environment. Not the type of place best suited for running electrical wiring. Unfortunately, this is where the majority of your solar wires will live. I know everyone reading this is probably not an electrician, so here is a little electricity 101.

You need wires to move electricity.

So let’s go ahead and classify wires as an important component in a solar system. Slamming them tightly in between glass and tar paper causes them to get hot. This is bad for a couple reasons.

Without getting too deep into the physics of electricity, when wires are too hot, they don’t conduct electricity as well. For this reason, solar roof tiles are, and most likely always will be less efficient than proven, traditional solar panels. When designing a solar system, efficiency is everything. Tiny inefficiencies are what make the difference between a system that saves you money and one that costs you money.

Also, directly placing hot electrical components on your roof can sometimes end badly. As the families in the video below learned after their solar roof tiles went up in flames.

Traditional panels generally have 60 solar cells. While actual specs are still in short supply, it appears that the Tesla Solar Roof tiles will contain 2. This means there will be 30 times the number of splices, compared to a system using traditional panels. When these splices are crammed directly between a piece of glass and your roof and one of them shorts out… well, we have a dangerous situation. 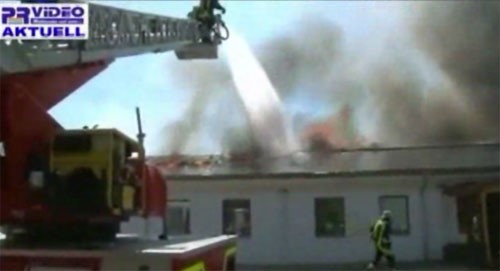 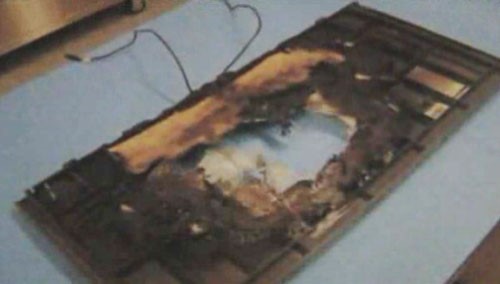 This is only one example in a long list of BIPV products (or solar roof tiles), Suntech America or Open Energy to name a couple, that have been recalled for safety reasons.

Who does the work? A roofer? An electrician? A roofician?

Solar Roof tiles are intended to be the roofing materials for the home. However, each tile has wires coming off the back of the tile. So who is installing the roof? An electrician? Are they qualified to do roof work? If not an electrician, then is the roofer qualified to do the wiring of the array? It’s no wonder the fires at the Centex project in the video above was traced to wiring coming undone.

The cost disadvantages have been well explored time and time again at this point. But for a quick recap, the price tag on this “new” technology is being estimated around $60,000 compared to a comparably sized, proven, traditional panel system at around $30,000. While Tesla’s announcement touted that it could actually be cheaper than installing a traditional system with a brand-new roof, that is making the rather large assumption that everyone wants a new roof.

Consumers are being offered the opportunity to install a product that likely has 30 times more dangerous, potential points of failure, is half as efficient, and costs twice the price. I am not predicting that Tesla’s Solar Roof tiles will end in failure (or fire), but plenty of experienced solar manufacturers have attempted to enter this market and all have failed (and some did actually catch fire).

While I am a fan of the Tesla electric vehicle and I do think that dreaming of one day sending humans to Mars is an amazing goal, Tesla’s latest “innovation” (and first dip into consumer solar energy production) is just not something I can get behind.