Yesterday, Sullivan Solar Power’s Director of Government Affairs, Ms. Selene Lawrence, was honored as a nominee for the Orange County Business Journal’s Business Woman of the Year Award. The award luncheon took place at Hotel Irvine, and had over 200 businesswomen in attendance, demonstrating an inspirational force behind the many important organizations that are moving Orange County, and the world, forward. 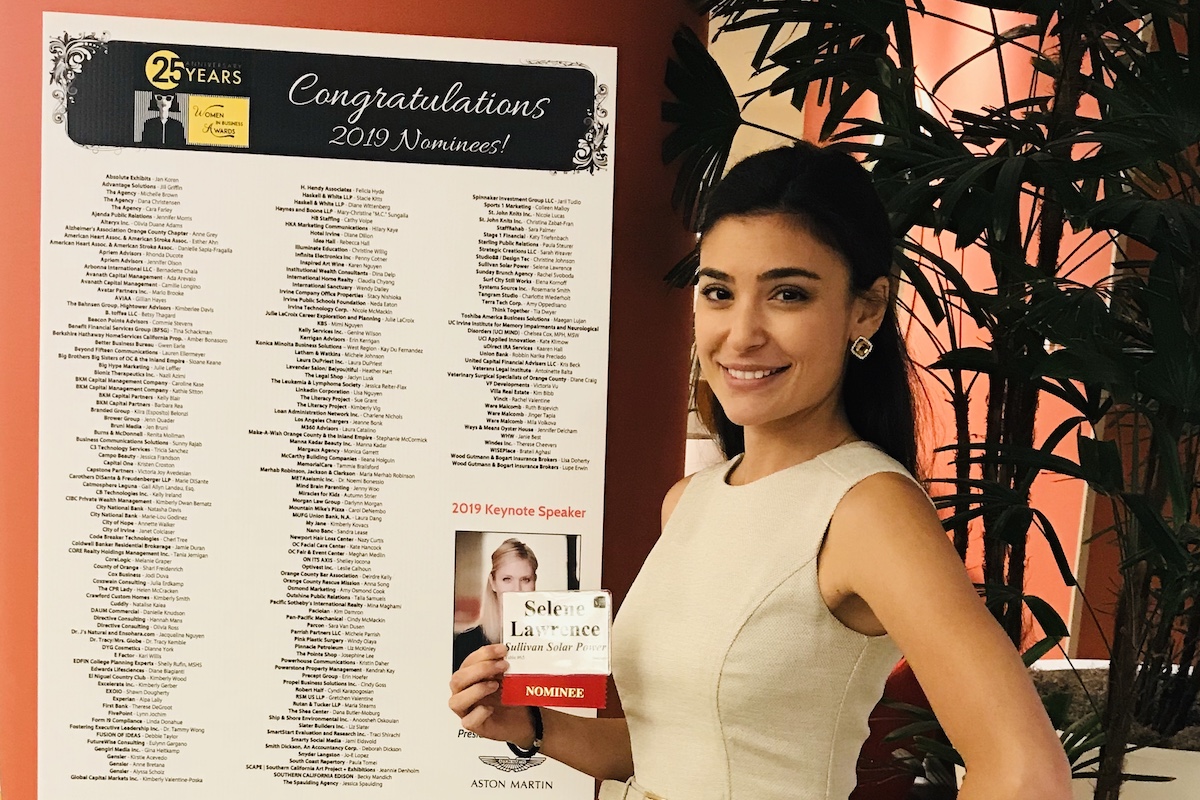 The event’s keynote speaker was Laura Schwab, the first female President of Aston-Martin, a title that only one other woman in the automobile industry has ever held. Ms. Schwab’s moving keynote address discussed her motivations for climbing to the top, but also the difficulties along the way. In the end, she said, "It is the people you have in your life that influence the decisions you make." She also cited the importance of leaning on mentors, when decision-making gets hard.

At Sullivan Solar Power, Ms. Lawrence is incredibly grateful for two things: first, the Community Development team. It is comprised of eight hard working, driven and intelligent women who educate Southern Californians on the importance of energy independence, and carry out this mission with passion and grace. This is a team that builds each other up in a traditionally male dominated industry. The second is the leadership, vision and faith from the company’s founder and president, Daniel Sullivan. He has invested in employing women throughout all departments of the company when solar has and continues to be a traditionally male-dominated industry. Sullivan's support for Ms. Lawrence and the Community Development team is not only humbling, but in line with everything Sullivan Solar Power does: setting the standards, then exceeding them.

While the final 6 winners drove away in loaned Aston-Martins, Ms. Lawrence was still proud to leave the ceremony in the yellow Sullivan Chevy Colorado, one woman among many who have come together to change the world and grow our workforce for the better.