Last month, while traveling in Japan, I stumbled across an anti-nuclear protest in Kyoto. There were about two dozen residents expressing their dire concern and opposition to nuclear energy. They carried signs, many of which were written in Japanese, although some signs were in English, and they had a clear message: “Say no to nuclear energy!” The group of activists chanted in unison, echoing their leader with a bullhorn. One member of the coalition was dressed in a Pikachu costume. They were grabbing the attention of thousands of people walking and driving by the main Kyoto transportation hub, and doing so during the Japanese election season. 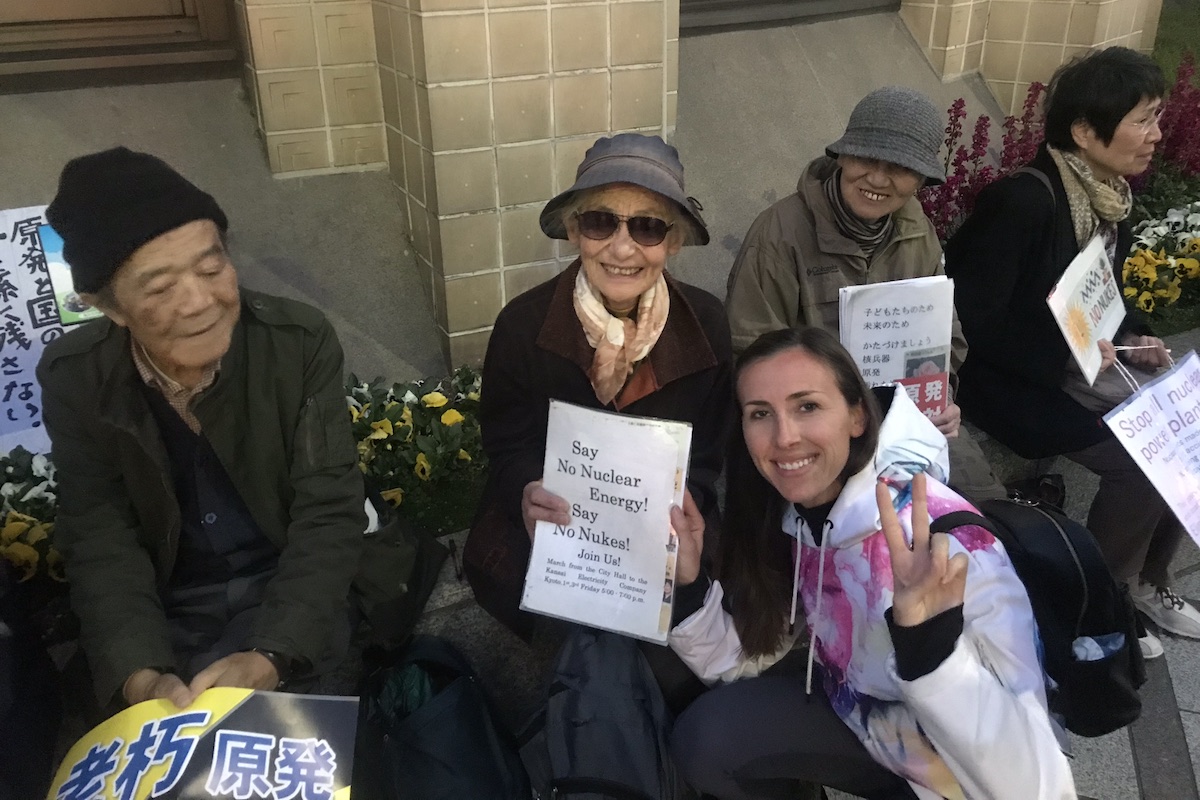 The activists referenced the Fukushima Daiichi nuclear disaster that took place on March 11, 2011. On that day, an earthquake off the coast of Tōhoku, Japan caused active reactors at the nuclear plant in Fukushima to automatically shut down. The earthquake triggered a tsunami which disabled the emergency generators that would have provided power to control and operate the pumps needed to cool the nuclear reactors. The insufficient cooling led to three nuclear meltdowns, hydrogen-air explosions and the release of radioactive material from March 12-March 15. The Fukushima disaster was the most significant nuclear incident since the Chernobyl disaster, which took place near the now-abandoned town of Pripyat, in northern Soviet Ukraine on April 26, 1986.

Given these disasters in recent history, it’s been shocking to me why more Southern California residents and elected officials haven’t been up in arms about the San Onofre Nuclear Generating Station (SONGS) in San Clemente. I’m also surprised it’s getting little mainstream media coverage.

SONGS operated by investor-owned utility Southern California Edison (“Edison”) and is primarily owned by Edison (78.2 percent), along with San Diego Gas & Electric (20 percent) and the City of Riverside (1 percent).

Since 2012 Japanese officials and residents have come to California and warned about the potential dangers of the San Onofre nuclear plant. Since 2014 the decommissioning has been under way, but Edison stated in 2014 that it would take 20 years and $4.4 billion to complete.

Edison is keeping 3.6 million pounds of deadly radioactive waste at the closed San Onofre nuclear plant, which is located on a fault line. The waste poses a dangerous threat to more than eight million residents in the region. As sea levels rise, the dangers increase.

In August 2018 the LA Times published an article, The San Onofre nuclear plant is a 'Fukushima waiting to happen'. “The idea is to bury the spent fuel on site, about 100 feet from the ocean and just a few feet above the water table. Edison has already begun transferring the waste from cooling pools into specially designed steel canisters. The containers are prone to corrosion and cracking, and cannot be monitored or repaired. Work crews even discovered a loose bolt inside one of the canisters earlier this year… If hairline cracks or pinholes in the containers were to let in even a little bit of air, it could make the waste explosive.”

According to the Change.org petition to recall the defective Holtec storage system at SONGS, “The thin-wall canisters (only 5/8" thick) are vulnerable to cracking, but technology does not exist to inspect for cracks or repair cracking canisters.”

San Juan Capistrano Councilwoman Pam Patterson is concerned about terrorist attacks targeting San Onofre. She told Trump that this is a “Fukushima waiting to happen.”

In April 2019, United States Congressmember Mike Levin weighed in on the on-going dilemma about what to do with SONGS and announced plans to introduce a bill that would tackle part of the program. He’s referred to this bill as the Spent Fuel Prioritization.

There is a Facebook group, San Onofre Nuclear Emergency, as well as San Clemente Green, a nonprofit environmental group, that have grassroots campaigns and provide updates about the efforts to safely handle the San Onofre nuclear waste. 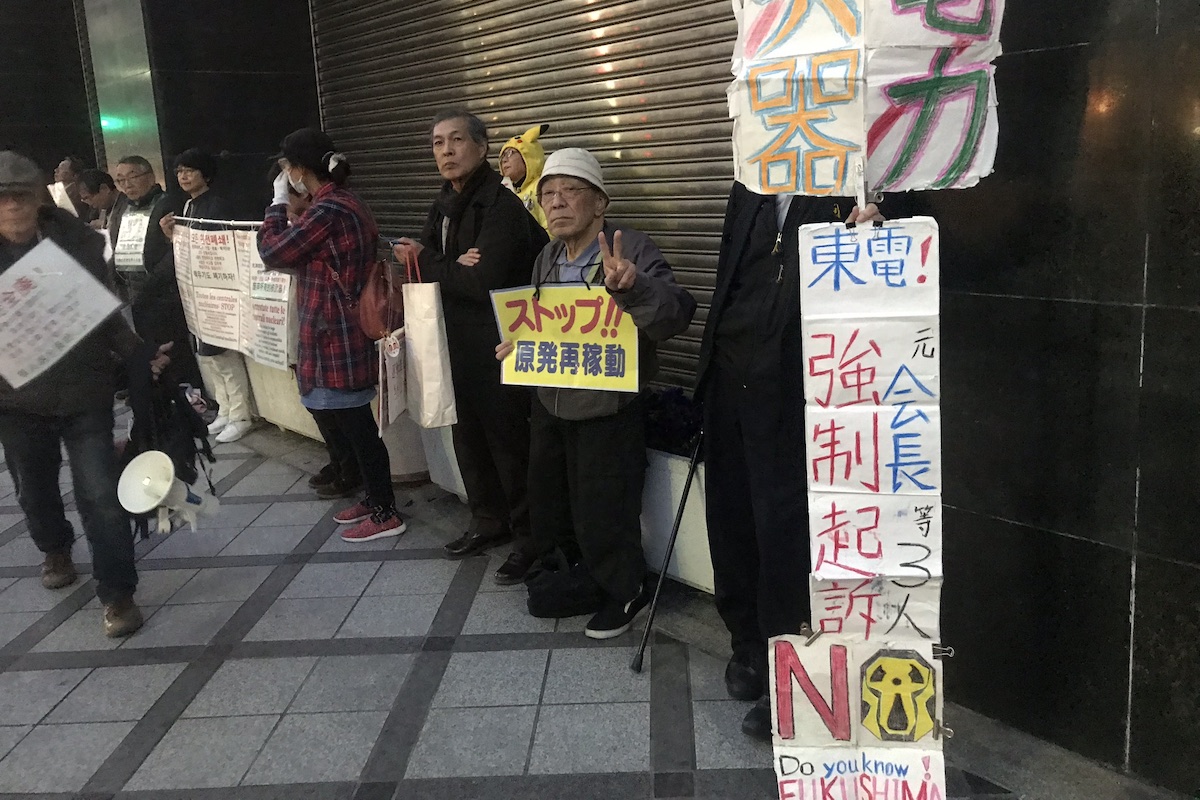 While I find it overwhelming to think about the potential disaster that could end life as we know it in Southern California for our lifetime, I have hope. My hope is not that Edison will do this right, as I have seen them look out for their shareholders and not the public’s best interest. My hope is that residents will continue to push their cities to commit to legally-binding climate action plans that call for 100 percent clean energy, and demand a change.

Today, many cities and states, as well as some countries are committed to moving to 100 percent clean energy. Solar power is less expensive than dirty energy in various situations. We have the technology, the cost-effective financing and the expertise to declare energy independence with 100 percent clean energy. We are still missing the political backing but we are heading in the right direction.

Over 160 cities and counties throughout California have moved forward with community choice and many more are evaluating or studying the switch. The 100-year old investor-owned utility model is changing because ratepayers are sick of high electric bills, dirty energy and utility monopolies that focus on shareholder returns over the concerns of the community.

I’ll take my chances with solar any day - a solar spill is called a sunny day.