For many years, solar power systems were considered a beneficial purchase only if the homeowner planned to stay in his or her ‘forever home,’ meaning they never had to worry about the resale value of the home and could wait for the long-term payback period on their investment.

In today’s market however, that could not be further from the truth. With San Diego Gas & Electric’s utility cost continuing to skyrocket and the cost of photovoltaic systems on the decline, payback periods for homeowners are averaging between four to six years. In addition, an owned solar power system is now proven to add value to the selling price of homes listed on the market. 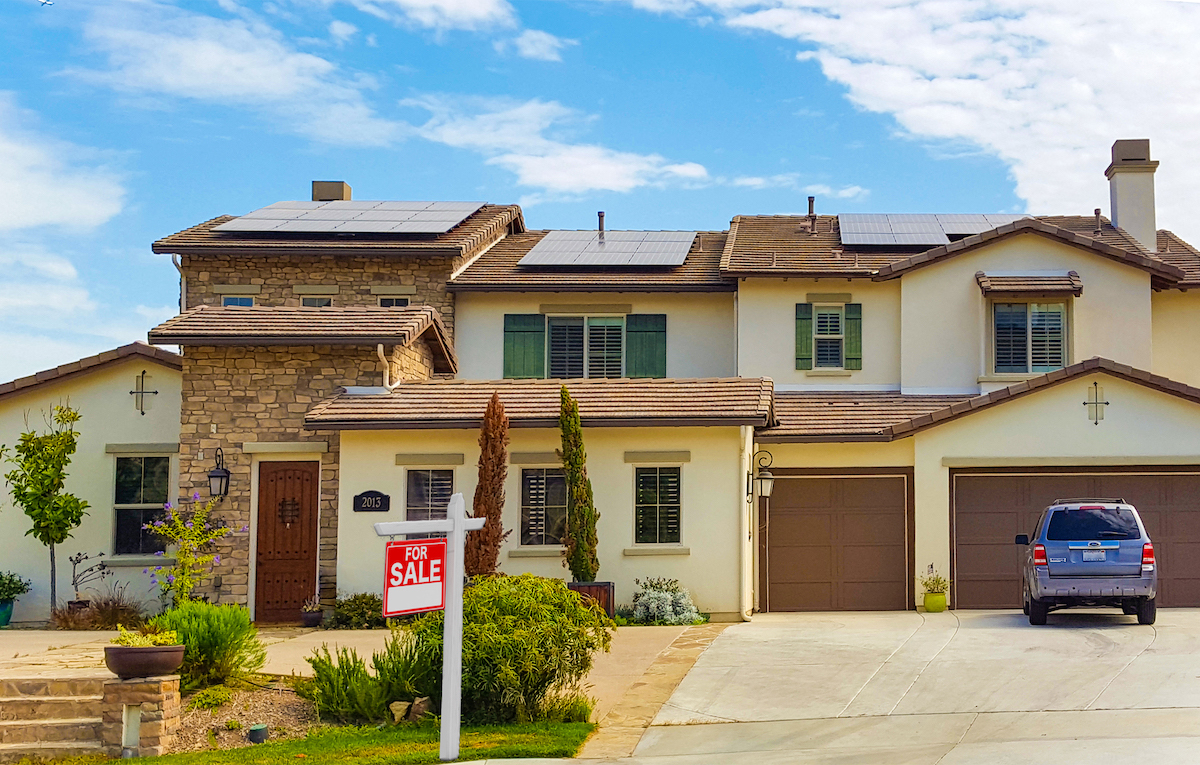 An average Sullivan Solar Power customer needs a 6-kilowatt solar panel system to offset his or her electric bill averaging $250 per month over a twelve-month period. By making a cash purchase, this average customer’s payback period will be 4.4 years with a 20-year Internal Rate of Return at 24 percent. The average system adds four dollars a watt to a home, therefore adding a value of $17,820 to that home’s value.

Due to these attractive financial breakdowns, residential solar power installations within San Diego Gas & Electric (SDG&E) utility territory have been growing exponentially since 2015, with over 200,000 systems connected to the grid. This boom has caused real estate agents, lenders and appraisers to come out of the dark regarding green valuation.

In a 2015 study by the United States Department of Energy’s Lawrence Berkley Laboratory, researchers analyzed 22,000 home sales across eight states and concluded that buyers are consistently willing to pay more for homes with owned solar systems.

“Homes that have owned solar systems installed on their homes are more desirable in today's real estate market. Not only does installing solar on your home save you money on your electric bill on a monthly basis but it increases the resale value of your home,” says Michael G. Anderson, Sales Executive at Willis Allen Real Estate, “Here in California the sun shines a lot more than in other parts of the country which helps justify the cost of installing solar on your home.”

Since 2014, the Appraisal Institute has offered a course in Valuation of Solar Photovoltaic Systems. There is a growing importance in today’s market to understand more about a home than just the fact that it has solar panels on the roof. Courses such as these teach appraisers, lenders and real estate agents how to quantify the value per kilowatt-hour installed, the electric bill offset and the differences between owning, leasing and lending.

“Homeowners thinking about solar should never fear being able to resell their home” says Daniel Sullivan, president and founder of Sullivan Solar Power, “Financial breakdowns are more beneficial than ever, payback periods are shorter than ever, and appraisers are now giving homes the proper valuation for solar powered homes. There is never a better time to be energy independent than now even if you only plan to live in your home a few more years.”

The misconceptions that surround reselling homes with solar are due to years of leasing practices, which are becoming outdated as the price of solar continues to decline and loans become more competitive. Many companies sold solar leases without being upfront with their customers about the process of transferring a lease to a new homeowner in the future. Before homes with solar leases can be sold, the new home buyer must qualify for the lease, as well as agree to the terms decided upon by the previous homeowner.

Financing options for solar are becoming more popular and are a trustable solution for customers that don’t want to use cash. Homeowners selling their home with a solar loan typically include the remaining payments on the loan in the listing price. Solar leases can make sense for some customers, but to own the system, whether through a cash purchase or financing option, brings the most added value to the home.

Solar installers such as Sullivan Solar Power have made it very easy to inherit or purchase an owned solar power system home; all warranties stay with the house, as well as any servicing and production guarantees.

With utility costs steadily increasing, payback periods shortening, and federal tax credits dwindling, solar has proven to add value to a home both in the short- and long-term and no longer daunting to home sellers nor buyers.