On Nov. 14 and 15, industry leaders in United States government, academia and business gathered in New York to discuss the future of energy as we look towards the year 2050. The event was titled Geography 2050: Powering our Future Planet and was hosted by the American Geographical Society and the Earth Institute at the historic Columbia University. 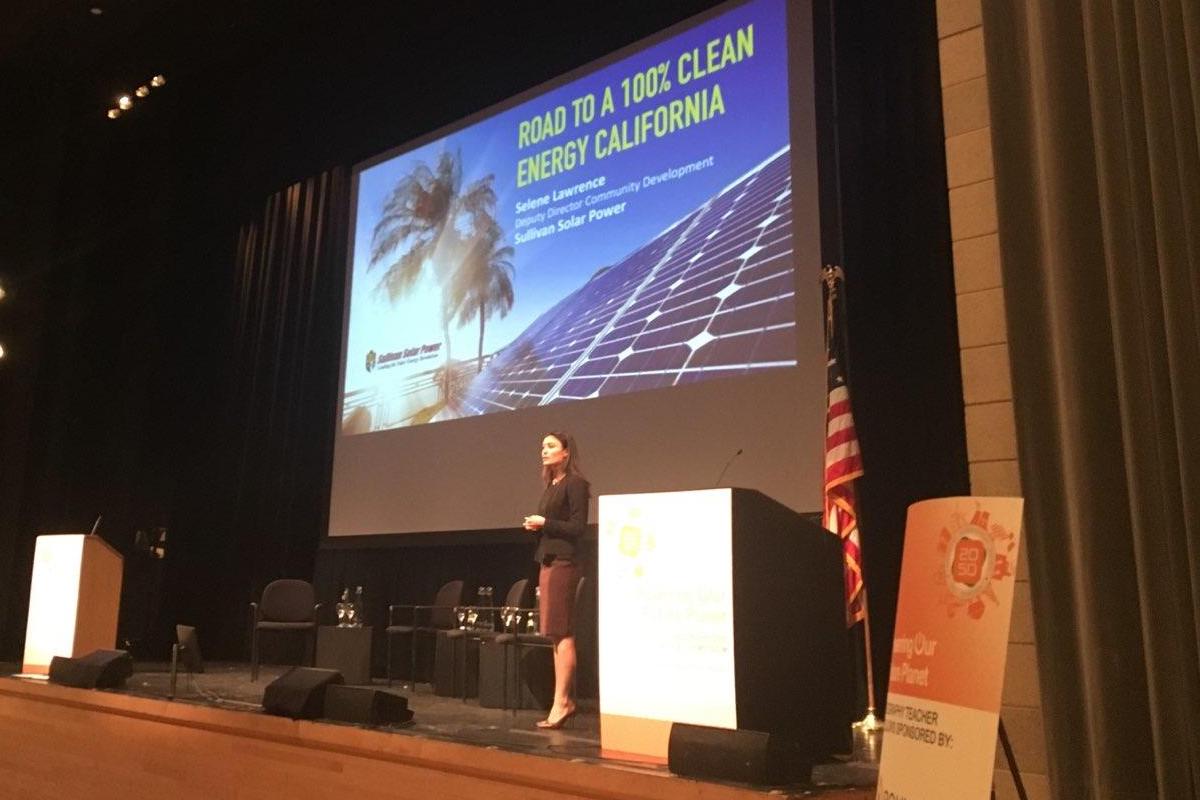 Speakers presenting within the context of energy for our future planet focused on a wide array of topics, including technology, society, climate change, security implications and social justice. Sullivan Solar Power’s Deputy Director of Community Development, Ms. Selene Lawrence, was invited to speak about why California is one of the brightest states in America, leading with a clearly outlined path towards a 100% renewable energy future. In her presentation, titled “The Road to a 100% Clean Energy California,” Ms. Lawrence described how Community Choice Aggregation is helping catapult local renewable energy projects to meet the mandate in Senate Bill 100. Governor Brown signed Senate Bill 100 into law in October, committing California to 100% clean energy by 2045. Ms. Lawrence explained how local distributed generation, the development of microgrids and community choice are foundational ways California will get to 100% clean energy in the most equitable and timely way.

The event’s organizer, the American Geographical Society, was founded in 1851, and is the oldest geographical organization in the Western Hemisphere. The Society helped shape American policy and education around environmental and geographical issues for the past two centuries. Notable councilors included former Presidents Teddy Roosevelt and Woodrow Wilson. Ms. Lawrence shared the stage at the historic Low Library with speakers from USAID, the U.S Department of State, the IPCC and state Senator Sheldon Whitehouse of Rhode Island.