Last month, fourth graders at Ocean Knoll Elementary attended a solar and renewable energy session by local solar installer, Sullivan Solar Power. At the end of the presentation, students were given a month and a challenge: create a new form of renewable energy technology. 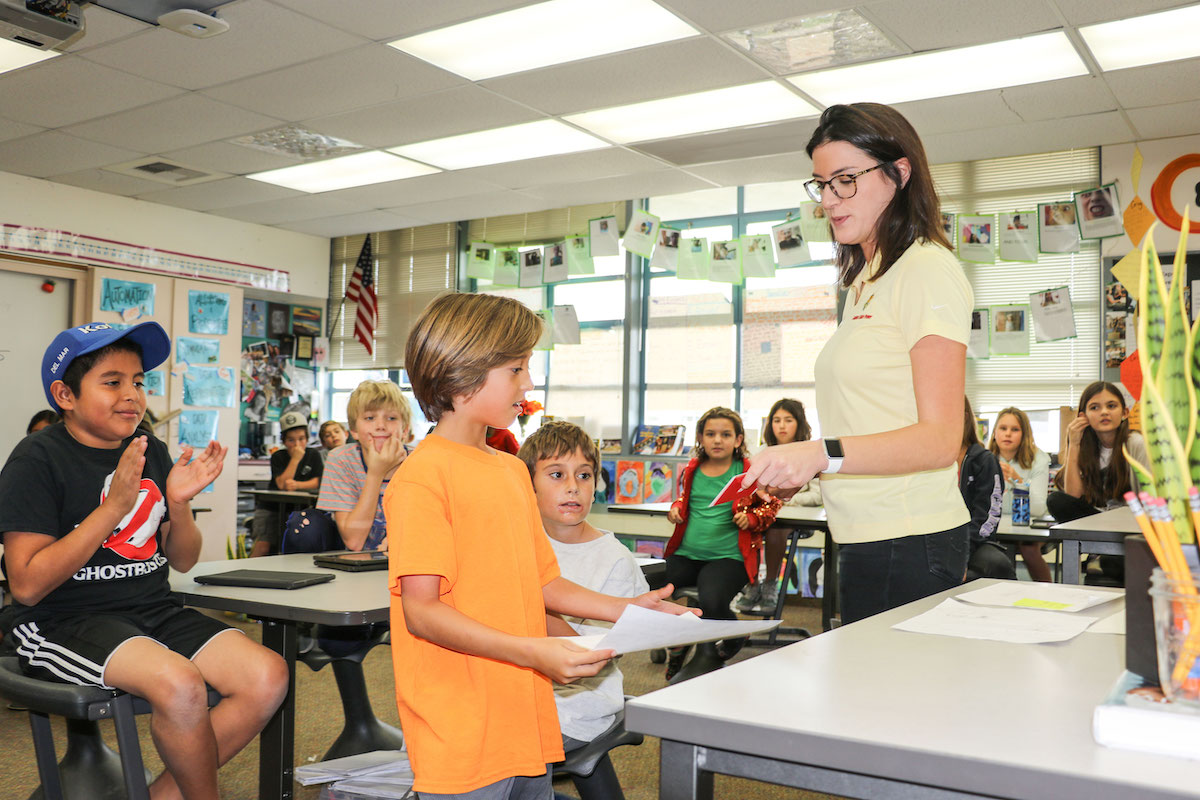 Sullivan Solar Power returned to review the projects and to award all student participants, with special kudos to those who put in extra effort. In first place was Drew from Mrs. Conn’s class, scoring a gift card to Target for her out-of-the-box design of the “Frog-Anditor:” a frog that jumps on a trampoline to make energy.

Second and third place projects also expanded upon using vibration as a form of renewable energy, whether it be by pulling a lever or raindrops falling on a swimming pool. The creativity and passion that the students brought to this optional assignment prove that our future is in good hands with the children.

“We are so thankful for the information and partnership with Sullivan Solar Power,” said Jessica Conn of Ocean Knoll Elementary, “As teachers, we appreciated the program for the expertise that the women from Sullivan brought to our discussion on clean energy and conservation… the extension activity and awesome prizes got the students thinking beyond the classroom. This is a thorough activity and we feel very lucky at Ocean Knoll to have been given this opportunity.”

“The students at Ocean Knoll are no stranger to the importance of renewable energy since their school district leads by example by going solar,” said Daniel Sullivan, President and founder of Sullivan Solar Power. “The reason I started this company was to create a cleaner and brighter future for our children, and it’s humbling and exciting to see the children taking charge.”